‘Fala inglês?’ and ‘Nao falo português!’ seem to have become our most commonly used phrases!  Asking ‘Do you speak English?’ or saying ‘I don’t speak Portuguese!’ let people see that at least we are trying and quite often we go on to have a longer conversation – in English of course! 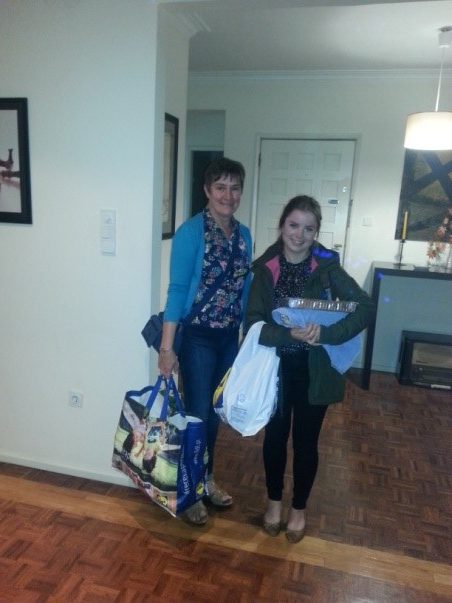 The Women’s Night went very well. It was a special event and was a great way to build on friendships which have already been established.  Preparation day was such good fun, and a bit different!  As we have no car, there was a lot of carrying of ingredients, utensils and desserts to both Laura’s apartment, where most of the baking was done, and then to the church.  We demonstrated how to make some Irish desserts like apple crumble and pavlova, and these were thoroughly enjoyed at supper time, along with scones and chocolate truffles made by Heather and Alana.  There were 16 of us present, mainly church women and four who do not attend church, but had heard about the event through the English class.  There were 6 young girls there, ranging from 9 to 21.  Three of us had an opportunity to tell the group what trusting in Jesus means to us.

Christine and Laura did a prayer walk around the neighbourhood.  This was an effective way to think in detail about the specific areas which needed prayer.  We stopped at the church space, the local schools, shops and businesses.

Sunday was another very uplifting day at the church space.  James finished his sermon series entitled ‘The Church – what is it, and why does it exist?’ (O qué, e para que serve?).  There were almost thirty at church this week and over a third of them were under 21!  We think this is very encouraging.

Robert has been working on preparations for this Sunday when he will be giving the address.  Christine will be looking after the music while Michael, who is the regular pianist, takes a break from playing in order to act as translator for Robert.  James will interview us both about our journey of faith, the church in Ballyclare and our thoughts on the challenges facing church planting in Portugal. 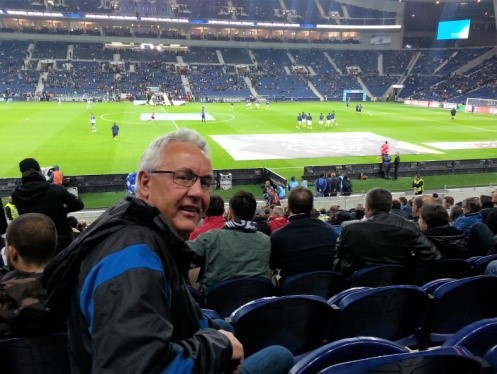 We thought the men might be interested to hear that Robert and James enjoyed a night out to see FC Porto play against Arouca at the Estadio de Dragao, which is a modern 50,000 seater stadium.  Arouca are well down the Portuguese league while Porto are near the top so it was no surprise that Porto won 3-0. 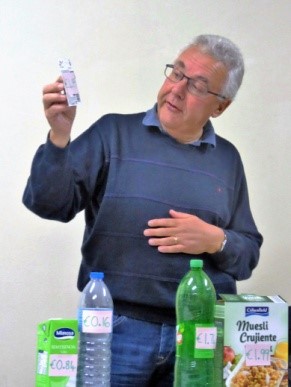 As usual, Tuesday night was great fun.  While Christine was in the class teaching personal pronouns, possessive pronouns, and numbers using simple dramas, Robert was in the advanced class finishing off last week’s debate on the death penalty!  His Portuguese is not yet at the advanced stage!  After supper it was our turn to teach the lesson called ‘Guess the Price!’  We did this using cupboard items which the group had to name and price in English. 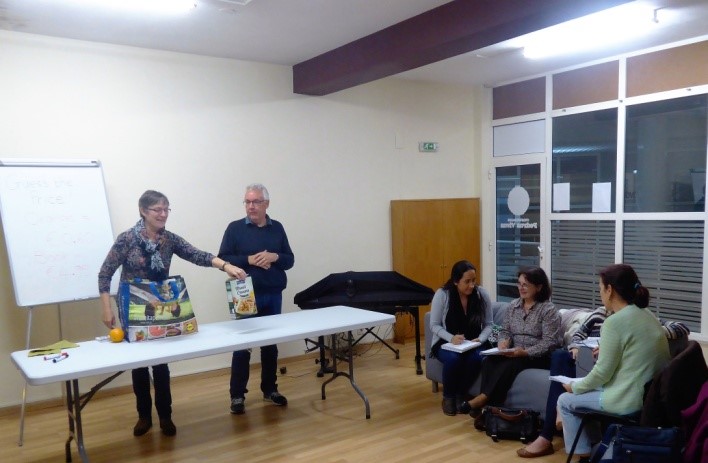 We have enjoyed another very good week in Senhora da Hora, and we would ask for your continued prayer for all that is happening here.

In particular, please pray for us both as we contribute to the service next Sunday – Robert preaching, Christine playing the piano and both of us being interviewed.